“I wonder what the green clumps of foliage are on the trees”, Lou asked as we walked along the dry Rio Grande River in early January. We got the answer to that question three months later on a ranger-led hike of Camp Robledo. On that hike we discovered that Camp Robledo is not and never was a camp at all. Rather, it is an ecological plot of land restored to the natural state it was in during a period of time when the Camino Real was the only pathway into the wilds—when Onate brought wagonloads full of Spanish settlers from Mexico into a new territory. Standing there looking over the endless prairie grass and native plants of the time, we thought......”Hmmm, this is what they saw for miles and miles as they traveled.....we could do that!” Realistically, could we? “No, not really”!

What Lou, Pat, Susan, and Bonnie learned from Alex Mares, our ranger, on the 4-hour hike:

So, you wouldn't think that mistletoe, a winter icon, and tumbleweed, a desert icon, would be together in New Mexico---but they are living side by side. 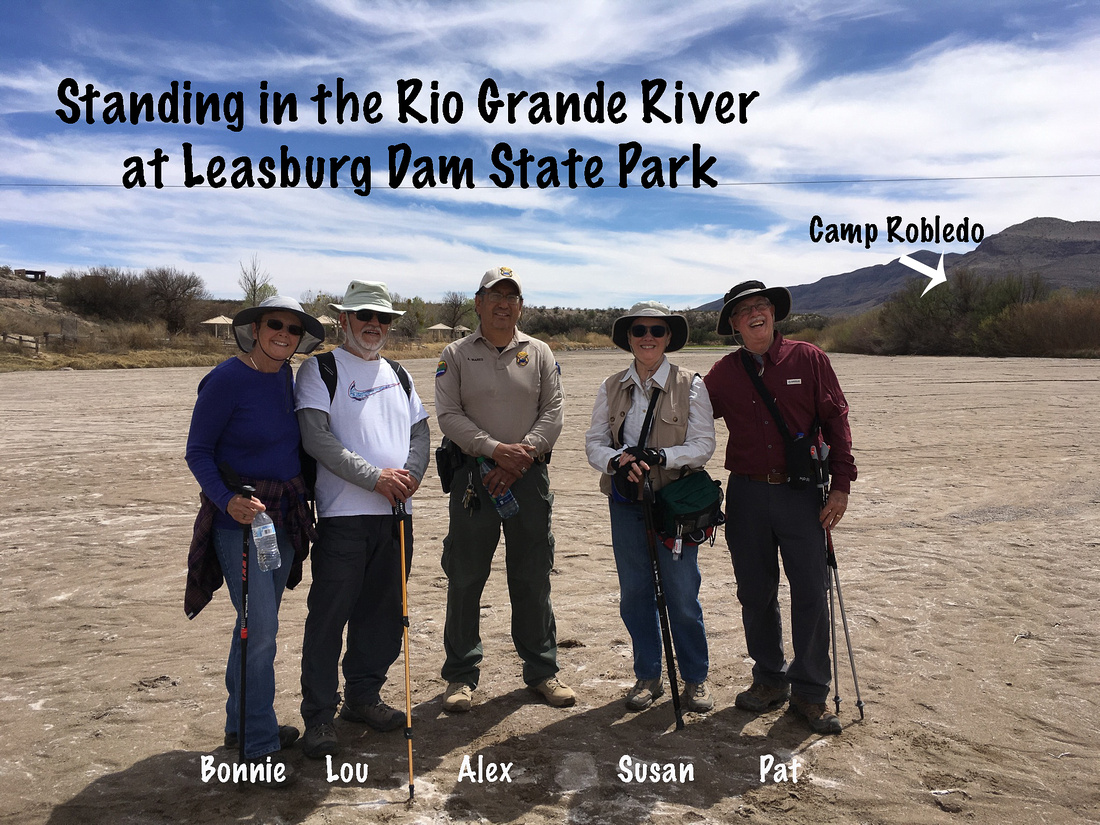 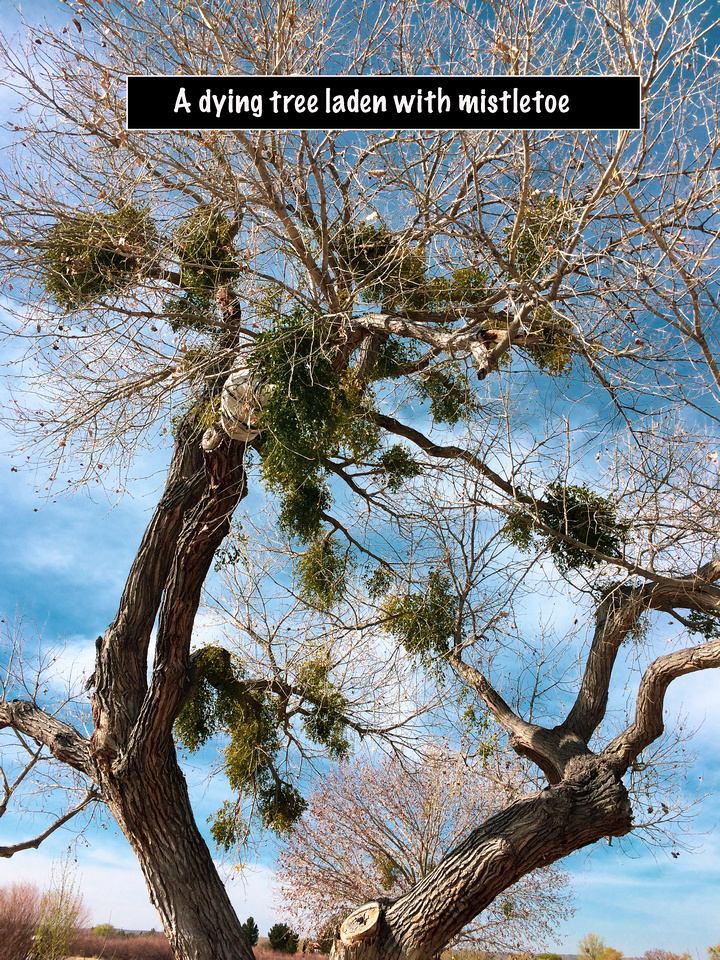 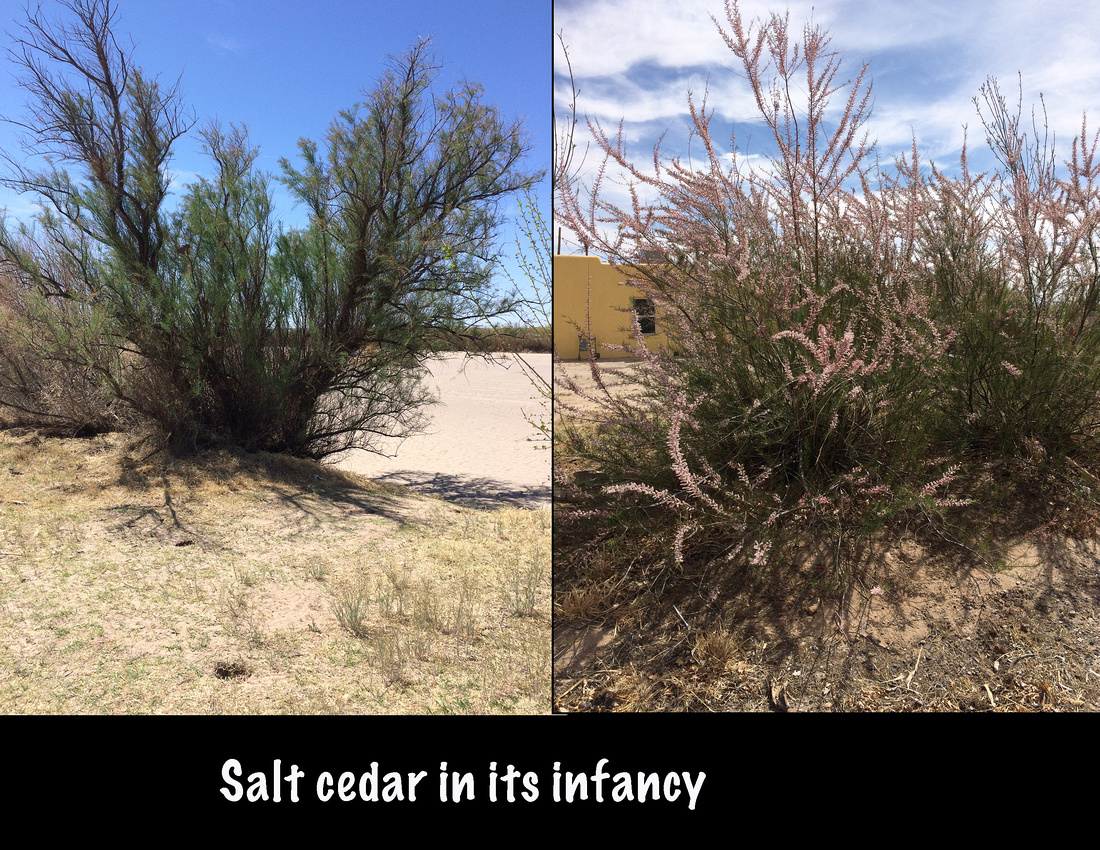