Our Wednesday and Friday mornings at wood carving got a slow start mainly because many mornings were spent socializing and catching up on a year's worth of news with our carving friends. Lou is working on his “little men”. He brought three cut-outs with him, the first of which is as cute as can be, but he is not happy with the arms/hands. His second one has arms which he feels are more realistic, but he accidentally cut off the little guy's nose (oh well, what little guy doesn't get a broken nose sometime throughout his life?). Bonnie took quite some time drawing her symbols and carving out different shadow areas, but now that wood burning has begun, every spare moment is spent perfecting the art on her pedestal kachina. Next comes adding color! 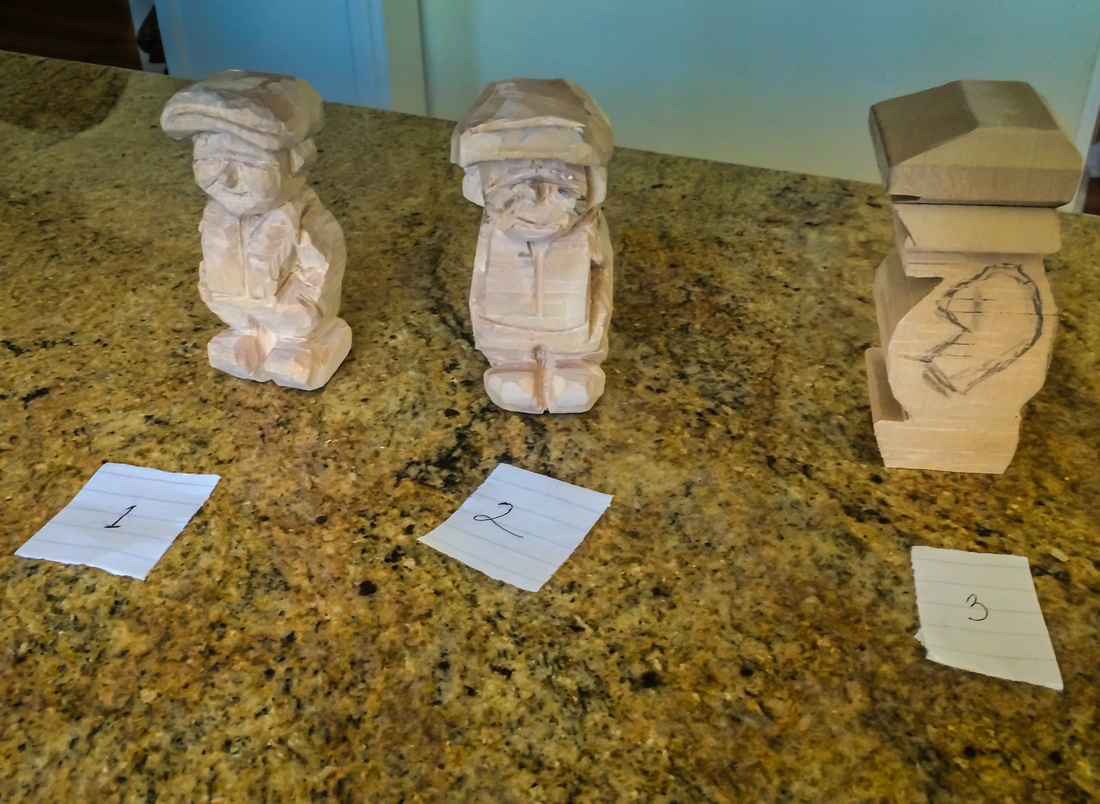