We have been home for a week now. Our flight landed in Cleveland on Thursday night, February 26; DJ picked us up at the airport; this was followed by quality dinner time at Chilis with him (there is nothing like family). The following day we had to “hit the ground running” with “in your face” commitments and misbehaving computers.

As promised, here is the saga of the “birds” (of paradise). You might recall that upon our departure from San Marcos on Saturday, February 21st Richard cut two stalks of beautiful birds of paradise. He told us that they were like “weeds” and that they would last. “Just put them in your suitcase for your flight,” he said. Unlike Richard who has taken the birds to New England in his suitcase and has given them to Marie and Louise (Lou's other sisters), our flight wasn't to leave for another six days. That meant mothering the birds in our motel rooms until our flight on Thursday. The birds sure are hardy; they made it through the hot days of the Arizona sun. Each night their tough stems were cut with Lou's knife so that the blooms would receive their life-giving water. Each morning the ends of their stems were wrapped with water-laden paper towels and foil to preserve their moisture. Much to be chagrined the morning of our flight, the stalks of the birds had to be cut way back to fit into the suitcase, but the good news is that Richard was right. The birds came through the airport no worse for the wear.

Because Bonnie was charged with coordination of a dedication reception at church two days after our arrival home, she wondered if the birds would be any shape to use as a prop. Yes, they were, and they were the center focus of the food table. That is the saga of the birds! 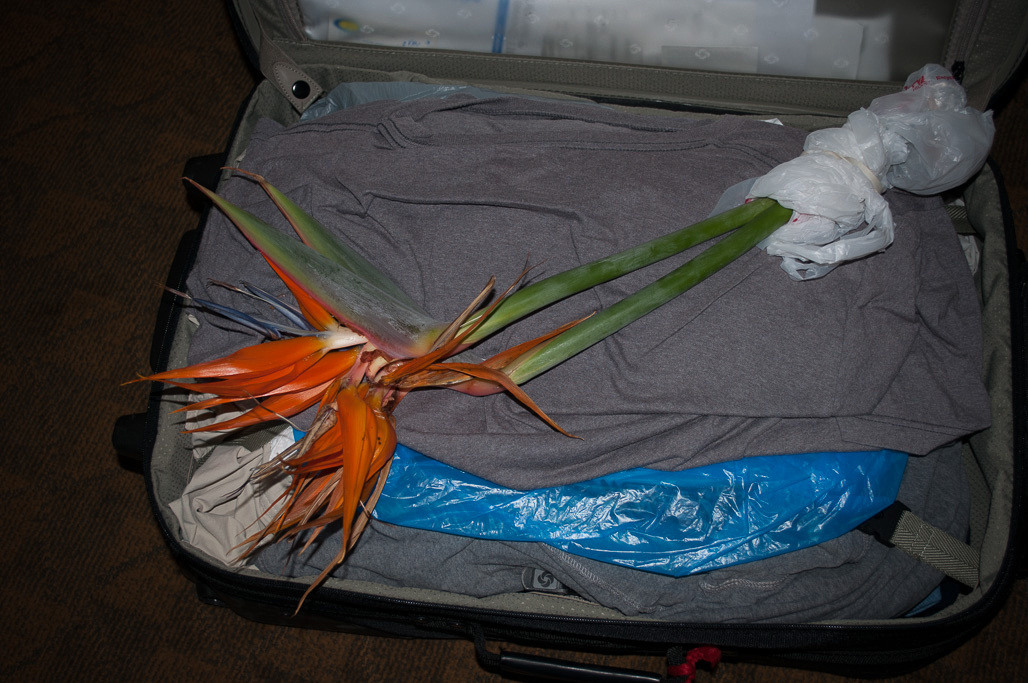 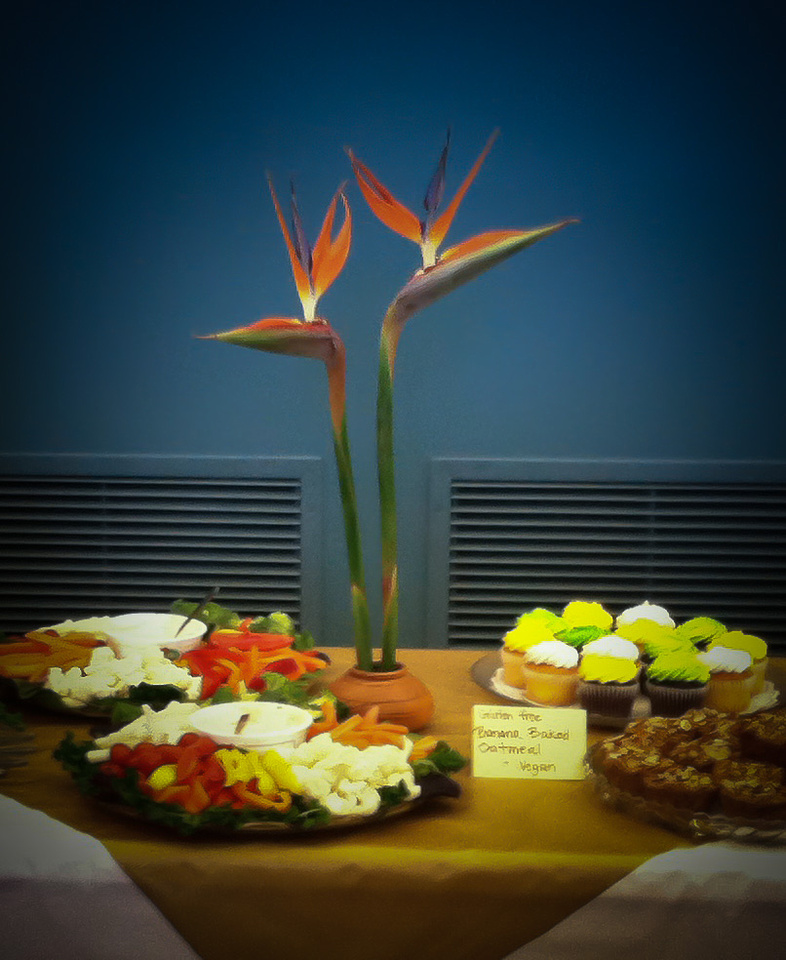