After reading Tom Noe's “Curry Crawl” recommendations in Akron Life magazine, we decided to do Thai for Valentine's Day and drove to the Wild Papaya restaurant in Kent, Ohio. With both Kent and Akron hosting large public universities, we decided to walk the Kent State University campus prior to our lunch and compare their campuses.

The Kent campus is lively, sprawling, and inviting, but visitors cannot escape being reminded of its one day in infamy during the Vietnam War years. That incident resulted in the deaths of four students and the wounding of nine others. Each year a commemorative service is held at the site of the May 4, 1970 confrontation between student activists and members of Ohio's National Guard. Our visit to that section of campus in February was both solemn and somewhat spooky with Bonnie remarking, “It gives me emotional shivers”. The site, now home to a granite memorial commemorating four student deaths, is ringed by seven mounted placards describing the scene in prose and photos. Because of the absence of leaves on the trees and the snow on the ground, the scene seemed even a bit more stark.

As we walked to the site of the memorial we passed by Prentice Hall. Bonnie said to Lou, “that's where Stephanie (my life-long friend) lived that fateful day”. Her then dormitory was within sight of the debacle. “I still remember her call to me describing how she was sent back home to Cleveland 'Gestapo style'”. Spooky!

After walking the Kent State campus we headed to the Wild Papaya for a late lunch figuring that the noon hour crowd would have been dispersed by then. No sooner had we been seated than people started showing up. It was around 1:30 PM. Nothing like an extended noon lunch hour ...

We feasted on the restaurant's “box lunch” and moon milk tea. The meal was served on plates housed within a small box with upraised sides and five internal dividers creating five little boxes within the large one – one each for the salad, appetizer, rice, main dish, and sauce respectively. Have you ever heard of tapioca balls? We never had, but we sucked them up through the oversized straws in the moon milk tea, and they were surely a new sensation to the palate. We concur with Tom Noe's assessment that the Wild Papaya is an excellent Thai restaurant and well worth the drive. 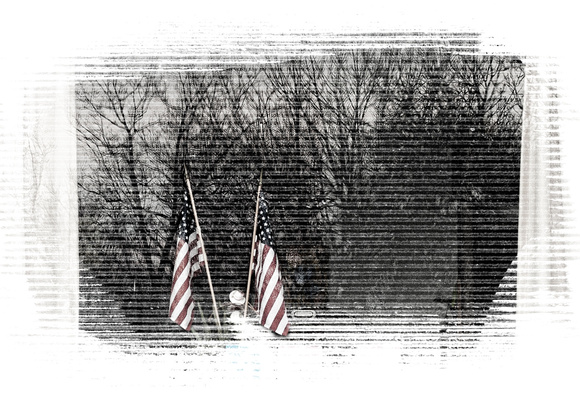